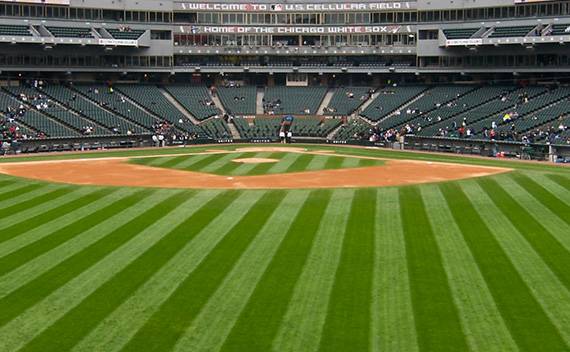 Diamond Dawgs vs. Hit after Hit Outlaws 17u

The Diamond Dawgs began the game strong with a lead-off walk, which brought a score through an RBI double from #8 Bradshaw. Then, after a walk for #28 Wiggins, a double from #45 Pridemore escalated the score to 3-0. #6 Keely made sure the first inning ended swiftly for Diamond Dawgs and contained the lead to 3-0. Soon, Diamond Dawgs brought the heat at-bat, and they made three straight singles from #6 Keely, #10 Kirkland, and #1 Finch. Diamond Dawgs increased their lead to 4-0 with a double-play ball and a runner on third. In the second inning, #6 Keely worked around a walk and kept Hit after Hit off the board. When #11 Pfaffman reached the bases via a throwing error, Hit after Hit had a runner in scoring position with two outs. Then, a two-out single from #6 Whitaker put Hit after Hit on the board. Soon after, a double from #22 Swader gave them another run, making it 4-2 Diamond Dawgs. It was now forth inning. An excellent play from the third baseman #11 Pfaffman allowed Hit after Hit to run a scoreless inning in the 4th. #6 Keely worked around a walk, putting another scoreless inning on the board. In the next inning, a lead-off walk for #1 Finch and a passed ball meant Diamond Dawgs now had a runner in scoring position with no outs. Then, two walks in the inning were followed by a big RBI double by #28 Wiggins. This made the score 5-2 Diamond Dawgs. A walk loaded the bases and an infield single for #3 extended the Diamond Dawg lead to 6-2. Hit after Hit placed two on bases via an error and an HBP but were unable to capitalize. The score remained 6-2 going into the top half of the 6th inning. #10 scored off of an RBI base hit from #1 Finch. Another base hit for Diamond Dawgs pushed one more across to make the score 8-2. #3 Hemingway drove in a run for Hit after Hit, but the rally would not be enough, as #34 came in and slammed the door for the Diamond Dawgs. The finals score was 8-3 Diamond Dawgs.

TN Longhorns vs. Hit after Hit Outlaws 17u

Longhorns got two hits to start the inning and followed them with an RBI base hit. #33 knocked a solid 2-run triple to right-center field to make the score 2-0. #21 brought in #33 with a single to center to extend the lead to 3-0 Longhorns. Then, a lead-off walk for Hit after Hit followed by a throwing error from the third baseman allowed Hit after Hit to get runners on the corner with 1 out. #22 Swader knocked a 2 RBI single right back past the pitcher to cut the lead to 3-2 Longhorns. 2 walks loaded the bases for Hit after Hit. It was bases loaded with 2 outs. #4 McLaughlin hit a bases-clearing triple to the left-field wall to snatch the lead from the Longhorns. It is now 5-3 Hit after Hit going into the top of the 2nd. #24 worked around one base runner in the inning, and TN Longhorns were not able to score in the top half of the 2nd. #21 ensured a quick 1,2,3 inning and kept Hit after Hit in check in the 2nd inning. Both #24 and #21 made quick innings in the third. Both pitchers certainly recovered well since their rocky first innings. Then, it happened. TN Longhorns pushed one run across the plate in the top half of the 4th with an infield single. #21 kept Hit after Hit in check in the 4th, working around one base runner to do so. TN Longhorns pushed across 2 runs off the bat of #5 with a single into center field to make the score 6-5 TN Longhorns. They scored two more off of an error by the shortstop and a run down that turned into a run. The score was 8-5 now in favor of the Longhorns. The next inning came, and #21 brought a short 1,2,3 inning for TN Longhorns. So, the lead was still 8-5 going into the top half of the 6th. #22 started off the top of the 6th with a single for TN Longhorns, looking to put a couple more runs on the board during this inning. A double-play ball and a batter interference call halted the momentum for TN Longhorns, keeping the score at 8-5. Then, with a base hit for #00 and an HBP for #12, Hit after Hit now had 2 on base with 2 outs. Soon, an error by the first baseman scored #4 and the lead was cut to just 8-6. Hit after Hit shut TN Longhorns down in the top half of the 7th and kept the lead at 8-6 TN Longhorns. #21 set down a 1,2,3 inning in the 7th and completed his game. The final score was 8-6 TN Longhorns.

#1 Finch and #7 Birdwell reached base via a walk. This meant Diamond Dawgs had two runners on with no outs in the first inning. #28 Wiggins knocked in a run with a single to left field, scoring #1 Finch. The score was now 1-0 Diamond Dawgs. A passed ball scored #7 Birdwell, allowing the Diamond Dawgs to secure a 2-0 lead. An RBI single for #45 Pridemore pushed the Diamond Dawgs lead to 3-0. The hits continued when #6 Keele singled in two more runs to take the lead to 5-0 with only one out in the inning. TN Longhorns got the next two batters out and escaped the half-inning down 5-0. TN Longhorns threatened with a man in scoring position, but he would not come around to score, and they stayed 5 points behind. #19 Corner worked a quick 1,2,3 inning in the bottom half of the 1st, maintaining the 5-0 lead. #7 Birdwell knocked a 2 out triple down the right-field line but would not be able to score. Then, a walk and a base hit put TN Longhorns in business with runners on the corners and no outs. A throwing error from the third baseman allowed two to score and put #22 Nicky on third base. A fielder’s choice brought in another run for TN Longhorns. It was now just 5-3 in favor of the Diamond Dawgs. Both #21 Wyatt and #19 Corner worked clean 3rd innings to keep the bats in check, so the lead was still 5-3 Diamond Dawgs. Diamond Dawgs got the lead-off man #10 on via a walk but were not able to advance him. #7 Birdwell and #8 Bradshaw reached base as well but did not come around to score, as #21 Wyatt skillfully escaped the jam without allowing any runs. #21 Wyatt helped himself out and led off the inning with a triple to the right-center gap. #1 Ingram knocked in #21 Wyatt, bringing the score to 5-4. #10 knocked in a run in the top of the 6th and extended the lead to 6-4 for Diamond Dawgs. A fielder’s choice brought in yet another run for Diamond Dawgs, adding on to an already productive inning. The final score of the game was 7-4 in favor of Diamond Dawgs.

#28 Juillerat reached base to lead-off the game, but he was soon caught stealing by #13 Sam Walker. Before the end of the inning, #18 Carson went big fly and put Hit after Hit in the lead 1-0. #30 Lopez and #49 Bryce Bollinger both put 0’s on the board for their teams, so the score stayed 1-0 going into the bottom half of the 2nd inning. Juillerat came around to score in the top of the 3rd. This was followed by a walk and a base hit from Deason that brought another score, extending the Hit after Hit lead to 3-0. #5 Tyler Harrold succeeded at a 1-out triple in the bottom of the 3rd inning. However, TN Speed failed to capitalize and the score stayed 3-0 in favor of the Hit after Hit. #28 Coby Pinder drew a lead-off walk in the bottom of the 4th, and then TN Speed managed to load the bases. Hit after Hit didn’t allow them to push any runs across, keeping them scoreless. TN Speed threatened in the bottom half of the 5th by putting a runner in scoring position but again failed to get anything across. Hit after Hit was still on top going into the 6th. Hit after Hit scratched one across base in the 6th inning via a sac fly to extend their lead to 4-0. With 2 walks and an errant throw from the shortstop, Hit after Hit scored two more and propelled their lead to 6-0. #19 Griner came in to pitch for Hit after Hit and walked two players to load the bases. He kept the heat going and got 2 outs. And so, he kept the shut out intact and Hit after Hit defeated TN Speed by a score 6-0.

Check out the rest of our tournament recaps here!

Ever wanted to find out what makes NET Elite tournaments so great? Register for a tournament here to find out.