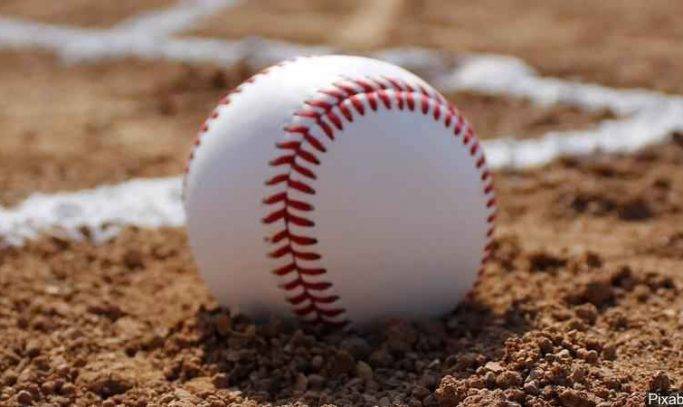 Reed smacked a solo shot on the top of the first over the left-field wall to make the score 1-0 Mission. After a wild pitch, they added one more to make the score 2-0. After a Rbi single, the Mission took a commanding 3-0 lead after the top of the first. Ghormley started this one out on the mound for Mission, working a 1-2-3 bottom half of the inning. 3-0 Mission after 1. At the bottom of the second Exposure scratched its first run on an RBI double by Gavin Peterson. A Big fourth inning propels Mission to a 6-1 lead. At the bottom of the fourth, the Exposure exploded for four runs and made the game 6-5. Mission added another on a solo shot to extend the lead 7-5. Exposure battled back to tie the game, but this one ended due to rain. 7-7. Tn Prime v. CI Explosion Jenkins works a scoreless first for the prime thanks to a double play. After one it is 0-0. Wills responds for the CI Explosion with a 1-2-3 inning after one; it is 0-0. Jenkins strikes out the side in the second to keep the score 3-0. The prime strike first on an RBI single in the top of the second. Followed by a two-run shot from Schultz to bump the score to 4-0. Jenkins shoves again and strikes out two in the inning. 4-0 Prime after the bottom of the third. The Explosion scratch one in the fourth on a passed ball. 4-1 after 4. The original score three more in the fifth to make it 7-1. The explosion answered back, but it was not enough, the final score is 7-2 Prime. Exposure Black v. Longhorns The Longhorns escaped a bases-loaded jam in the first with a strikeout. Exposure turns around at the bottom of the first and got out of a bases-loaded jam as well. The Exposure strike first on an RBI single from Pryor. They take a 3-0 lead after an RBI double from Hall.  Exposure used a substantial fourth to jump out to an 18-2 lead, and the score stays the same. 18-2 Exposure.

Generals vs Knox Stars 16U

Corey Clift starts the scoring here at Heritage in the top of the first for the generals on an RBI fielder’s choice to make it 1-0 Generals at the top of the first. A highlight reel catch in right field by Coffet saves the 1-2-3 inning for the Generals, and Ward works a scoreless first. 1-0 after one inning. Both pitchers dealt in the second keeping the score the same, still 1-0. The pitching duel continued in the third, and we headed to the fourth with the score 1-0 Generals. The generals scratched another on a fielder’s choice to take a 2-0 lead in the top of the fourth. The Knox Stars bats wake up in the fourth and score one on an RBI single from Wilson. Reel comes in relief and strikes out back to back batters with the bases juiced to keep the game 2-1 Generals. The Knox Stars tie it up on a wall banger from Fielden. 2-2 in the bottom of the sixth. Phillips walks it off in the seventh with an RBI double to give the Stars the win 3-2. Sox v. Redstitch The Sox scored first on an RBI single from Mutter at the top of the first. Sox pitcher Lawson worked out of a bases-loaded jam to preserve their lead, still 1-0 Sox after 1. The Sox added another on a two-out single from Briggs. The scored another on an error to take a 3-0 lead. The offense continued to pour on and add a fourth and fifth run on passed balls. The onslaught continued as errors and walks let the score get to 12-0 with only one out in the second. They added two more in the next inning to make it 14-0. This one ends 14-2 Sox. Tn Stix v. Crosshit Ferguson gets the start for the Stix, but the Crosshit scratch across three runs in the top of the first to take a 3-0 lead. Park starts the game on the Crosshit side and works a scoreless first. Park helps himself and starts the second off with a solo shot to extend the lead to 4-0. Park works a scoreless 1-2-3 inning in the bottom of the second 4-0 Crosshit. Cross hit adds on in the fifth on a bases-loaded two-out walk to make the score 5-0. The Stix answer back on an RBI single to make it 5-1 after 5. The Stix made this one interesting in the bottom half of the seventh coming back and winning 6-5. Tri-Star Black v. Pro Hitting Prospects Tri-Star Pitcher Hale works a scoreless first inning for Tri-Star. Caldwell led off the bottom half with a single then stole to give Tri star an early runner in scoring position. Connor Hyatt scores him after a sacrifice Fielder’s choice. 1-0 Tri Star after one. Both pitchers make quick work of their second inning, keeping the score 1-0. Tri-Star threatened again in the second but left one stranded still 1-0. The Prospects pitcher escaped trouble again in the third to keep the score 1-0. Tri-Star picks the scoring back up in the fourth with a solo shot from Cole Bishop. They add two more in the next inning on an RBI double and a walk. The Prospects scratch their first run in the 6th inning on a throwing error to make the score 4-1. The game ended because of the time limit, 4-1 Tri Star.

Hughes got the start for the TN Prime and worked a five-pitch 1-2-3 first inning. Witherspoon gets the nod for the Exposure and leaves two stranded; after one, it is 0-0. Hughes works another 1-2-3 still tied 0-0. Sykes opens the scoring in the bottom of the second with an RBI single to make it 1-0 Prime after 2. Hughes escaped trouble as he struck out a batter with the bases loaded and two outs to preserve the lead. In the third the Prime scratch another on an error giving them some insurance, 2-0 Prime. Pitching carried the rest of this one until the Prime strike again in the fifth on an RBI single from Ferguson to extend to 3-0. Exposure got their first run of the game in the top of the sixth on a bases-loaded walk now 3-1. CI revolution v. Cavaliers The Cavaliers struck first in the top of the first on a fielder’s choice. In the second, they scored two more on a two-RBI double from Henderson. The offensive onslaught continues as they plated two more in the inning to make the score 5-0. At the top of the fourth, they score another on an RBI double. The Cavaliers continue to produce on offense plating ten total and won 10-0.

Hensley started the game for the Titans and worked a quick 1-2-3 inning only throwing 6 pitches. Tipton got the start for the Prospects and worked out of a jam and left two stranded. After one inning, the score is 0-0. Weaver opened the scoring in the day with an RBI single to give the prospects a 1-0 lead in the top of the second inning. Followed by a two-run shot from Weatherford to extend the lead to 3-0. Pitching controlled this one for a few innings until Caldwell smacked a double off the left-field fence for the prospects, plating one. Later on the inning, the Prospects found different ways to add six runs that gave them a comfortable 10-0lead after the top of the 5th. Tipton came out in the bottom of the inning and shut it down top reserve the run rule. 10-0 Prospects.

Jarvis got the start for Pro Hitting Concepts and worked out of a jam for his team. After the top of the first, it is 0-0. #33 drew the pitching duties for the Base Knox squad and worked a 1-2-3 first inning. The Sox scored first on a pair of errors from Pro Hitting to give them a 3-0 lead. A Rbi single later in the same inning gave them a 4-0 lead after three innings. #33 Continued to shove for the Sox and threw another shutout inning. The Sox added three more in the third to extend their lead to 7-0. The Sox added a 7th run in the 5th inning on a few hit by pitches and a couple of errors. The Sox exploded in the 6th to give them a comfortable 14-0 lead heading into the bottom of the inning. #33 throws the complete-game shutout for the Sox as they win this one 14-0.

Timbes gets the start for the Tribe and works a scoreless first inning. Ritz gets the first RBI of the game on a single up the middle for the Tribe. The Tribe scratched another in the first inning on a throwing error from Exposure. Both pitchers settle in and put up zeroes through the rest of the first four innings. In the 5th inning, the Tribe scratched another and took a 3-0 lead. Timbes gets in a little trouble in the 5th, but he escapes with only one run allowed 3-1 Tribe. They add two more in the 6th to extend to 5-1. Timbes completed this game, and the Tribe won 5-2 Mustangs v. Generals Morse got the start for the Mustangs and worked a 1-2-3 first inning. Cranmore is on the mound for the Generals; He also worked a 1-2-3. The Mustangs scratched in the second on an error and led this one 1-0 after 2. Anthony Wright smacks a home run over the left-field wall to make the score 2-2 after the second inning. The Mustangs take another run in the third, but the Generals answer as well, plating one as well. 3-3 in this back and forth affair. The Mustangs finally create some separation and take a commanding 6-3 lead after the 6th. The Generals make this one interesting in the seventh, but the Mustangs hold on to win this one 7-5

Grimm gets the start on the mound for the Tribe. However, the Mustangs strike first on a 2 RBI double from Howe. They continue the inning and plate five total giving them a 5-0 lead after the top of the first. Howe worked a quick 1-2-3 inning for the Mustangs. The second inning goes well again for the Mustangs as they plate five more and take a commanding 10-0 lead. They add two more in the fourth to make it 12-0. This one ends 14-0 Mustangs.