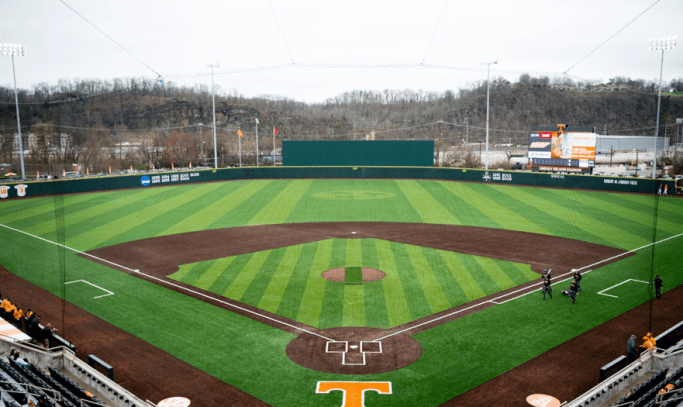 The Hornets scored first in the bottom of the second inning on a tricky first and third base running play. The Longhorns got back on top after a Cook single that drove in two runs. It was 4-4 in the top of the sixth inning when Elijah H. hit a line drive to the right side, driving in a run and making it 5-4. Tyler R. then hit a single which was his third hit of the game and with a throwing error it brought home two more runs. Lucas L. continued the offense with an RBI triple to make it 8-4 in favor of the Longhorns. The Hornets answered back with a big bottom half of the inning where they had multiple RBI singles. They added an eighth run to tie it up and the game ended in a tie.

The MT Titans got off to a hot start, putting up 11 runs in the first inning. Applegate had a great swing on a pitch to drive in two runs. Their patient approach in the box led to many walks and gave them many opportunities to keep the inning alive. They went on to score 16 runs and end it after three, 16-0.

The Shock scored first when Brayden laced a single and scored Colton in the first . Neither team scored again until the top of the fifth when Jackson and Jordan both singled. The Sac Fly by Ryder scored a run. In the bottom of the fifth Schmidt had an infield single, and then scored on an RBI single by Raybum. At the end of the fifth, the Shock led 2-1. In the sixth, The Shock caught fire as Braylen hit a double and scored Bryce. Dawson’s fly out scored Braylen making the score 4-1 in the middle of the sixth. The Shock caught fire in the seventh as well. They started the inning off with a double and a single. They had two more singles, a sac fly, a passed ball, and they end the top half of the seventh leading 10-1. KBA Prime couldn’t respond and the Shock won 10-1.

In the bottom of the first, an error on an attempted double play, hit by Lucas, allows a run to score. Shock with an early 1-0 lead. In the second the Shock walk in a batter to even the game
1-1. After a Rone RBI single and another walked-in batter, the Grays led 3-1 headed into the
bottom of the second. In the bottom of the second, both Moberly and Brothers reach base with
infield singles for the Shock. When Moberly scored on a passed ball, they cut the lead to 3-2. In
the top of the third, two Grays reached base on walks. Stewart then hit a two out, two-run RBI double to the right center gap. Grays lead 5-2 headed into the bottom of the third. In the top of the fourth, the Shock walkes one across. The Grays led 6-2. A passed ball allowed another run and the Grays went up 7-2. In the bottom of the fourth, Brothers triples with two outs and then scores on a wild pitch, the Shock cut the lead to 7-3. The Shock rallied and score two more on a tw-run RBI single by Cordora. The score stood at 7-5 at the end of the fourth. The game ended due to time limit and the Grays won 7-5.

In the top of the first, the Shock got an early 1-0 lead after they reached base on a walk and score on a passed ball. In the bottom half, James singled and Campbell walked. Phillips hit a two-run RBI double to score them. Hornets lead 2-1 headed into the second. The next scoring was in the bottom of the third when an RBI single by Eakins scored James for the Hornets. After the single, an error and a FC allowed another run. Hornets now led 4-1 headed into the fourth. An infield single by James, scored Williams. That made James 3-3 on the day. With two outs in the bottom of the fourth, the Hornets were up 5-1. Campbell walked. Eakins shot a line drive up the middle to score two. He was now 2-3 on the day. Hornets were then up 7-1 over Shock. Shock go scoreless in top half of the fifth. In the bottom, the Shock walked five straight batters, and the Hornets win by run rule, 9-1 in five innings.

The longhorns got the first run across from a Myles S. RBI single to take a 1-0 lead. Shock Baseball came right back with two runs of their own to take a 2-1 lead. In the bottom of the third inning with two outs there was a dropped third strike play where the runner reached safely, where the Longhorns put up four runs, all with two outs, which was capped off by an Elijah H. double that scored t woruns.

Extra Innings took a 1-0 lead in the first off a throwing error. MT Titans took the lead back in the second off a Cook single that drove in two runs. Taking advantage of a throwing error, and then a well-executed safety squeeze. The MT Titans pushed their lead to 4-1 in the fourth. Baker lined a ball into right center for a double to bring home two more runs to make it 6-1 in the bottom of the fifth. Titans push it to 9-1 to end the game in the sixth inning.

Extra innings got on the board in the top of the first, but Shock baseball got back in the bottom of the first with a six run inning that was capped off by an RBI double from Brayden. Shock had a patient approach at the plate, leading to walks and more baserunners which helped them get two more across to make it 8-1 after two. The offense never slowed as they put up five more in the bottom of the third inning. Shock went on to win 15-2 after four innings of play.

The Longhorns got off to a great start in the first inning as Mason hit a single that drove in To wruns followed by Will who hit a single that also drove in two runs to make it 4-0 after one. The Hornets responded with a loud second inning putting up seven runs. It was started by a Fentress double in the left center gap, and with a combination of some errors and walks were able to keep the inning rolling for a long time. The Hornets had another strong inning in the fifth, putting up fivemore to make it 12-4. The Hornets closed it out in the fifth winning 12-4.

The MT titans took a 3-0 lead in the first from a walk and two errors that allowed the baserunners to come all the way around and score. The Shock came back in the bottom half of the third, putting up three runs of their own. Bryce drove a ball for a SAC fly that got the offense going for the Shock. MT titans added two more in the top of the fifth continuing playing small ball and stealing bases making it 5-3. Shock Baseball put together a wild last inning and completed the walk off to win the 15u championship.